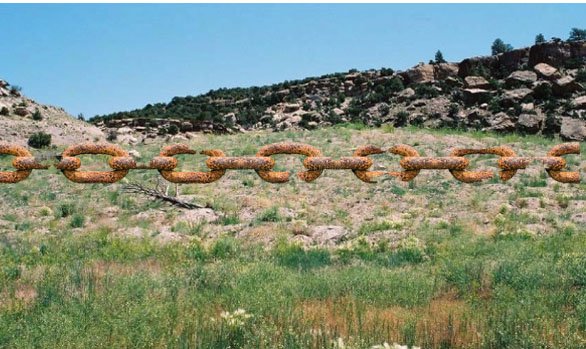 The Chain of Many Weak Links By Yonas Araya

The Chain of Many Weak Links

During this time of the year, the raging Tekeze River is a double-edged sword for both Tigray and the invading forces. The TDF has undoubtedly succeeded in its primary task of repelling the enemy and defending Tigray from the invading troops. Therefore, I think the TDF can now afford to temporarily suspend its plan to liberate the Western Tigray and focus on the threat from the totalitarian ruler of Eritrea, the third leg in the three-legged stool of enemies. Besides, the TDF will liberate the Western Tigray with minimum efforts from the river’s Eritrean side once the totalitarian ruler’s threat dissipates.

The totalitarian ruler considers the entire nation’s army his bodyguard to sustain his dream of ruling over Eritreans until he dies. To that end, the Ruler has the army dug in trenches and lined them like one long chain from Oam Hajer to Alitena and beyond, in a stretch of 320+ miles.

But we know a chain is as strong as its weakest link, and the totalitarian ruler’s chain has many weak links. Tigray’s aim should be to snap break only one of the weak links, and the Ruler’s entire army will collapse, which is also what the forcibly conscripted unlucky Eritreans are hoping and praying to happen so they can return to their families.

Contrary to the resistance shown by the Amhara region’s militia last year against the TDF, Eritreans will be largely receptive to the TDF, either vocally or privately from behind closed doors, cheering them on while waiting to break free from the bondage of the brutal totalitarian ruler.

Moreover, the course of action to first deal with the threat from the totalitarian ruler will, simultaneously, liberate the people of Tigray and Eritrea, including the regime’s forcibly conscripted and unlucky Eritreans, once and for all. But let me come right out and confess that my intentions are both noble and selfish, but I also know that both Tigrayans and Eritreans can never be at peace for as long as the totalitarian ruler is alive and kicking.

I know that the supporters of the Ethiopian authoritarian ruler are eagerly waiting for “the mighty army of Essu to come and die for them and advance into Mekele.” But that is just wishful thinking. The totalitarian ruler does not have an army to speak of or is motivated enough to protect him, let alone rescue their ruler.

The talk in Eritrea these days is that anyone who dies for the totalitarian ruler in this war is either a fool or an unlucky. The truth is that all able-bodied Eritrean youths left Eritrea by 2020 before the war had started and when Eritreans could easily cross over into Tigray to save their lives. Therefore, all military units, brigades, battalions, Hailee, Ganta, and MesriA, are, in name only, well below their ordinary capacity.

Consequently, none of the few stuck in the army, due to bad luck, want to fight and die. Held in the military at gunpoint and infiltrated by thousands of highly-paid informers, they are hoping, praying, and waiting for any force, TDF or anyone, to punch into Eritrea and disperse them, so they go back to their families.

Let me use the analogy of a junkyard dog here. The task of a junkyard dog is to scare away potential intruders with menacing growling without leaving his perimeter. The dog knows that leaving his rim can be deadly for him. In the same way, the maneuvers of the totalitarian ruler from Afar and the constant shelling of Tigray from Zalla Ambassa, Rama, and others are nothing more than acting tough, like a junkyard dog, but also aiming at diverting the attention and resources of the TDF from focusing on Adi Hallo. In truth, his behavior is one of weakness and cowardice, not stemmed out of strength.

On the other hand, instead of only reacting to his bluffs, I think the TDF must call his bluff or up the ante by coming up with its bluffs. For example, the TDF could dispatch a small contingent from Alitena toward the east, toward the border town of Badda and the Red Sea coast, then motion toward the north. This maneuver will divert the regime’s attention and meager resources toward the town of Badda, Zula, and Massawa.

Caution: Tigray needs to make its intention clear again and again to all Eritreans because the totalitarian ruler will undoubtedly exploit the maneuver by citing the words of some stupid Tigrayans from Dedebit Media’s YouTube channel.

In conclusion, the totalitarian ruler’s whole charade is nothing more than an aim to protect his skin and his grip on power and has nothing to do with the nation and its people. The totalitarian ruler does not even give a damn about what will happen to his wife and children after his demise, let alone protect the Eritrean people, which he has always despised.

Again, contrary to his supporters’ claim, his measures have nothing to do with protecting Eritrean sovereignty because Ethiopia never threatened Eritrea’s independence beginning in 1991. However, we can’t say we know what the deal has been for the past four years.

The truth is that, for the past fifty years, the ruler has been taking out his childhood resentments, which Eritreans know nothing about, toward all Eritreans and settling a score by inflicting as much damage with a diabolical goal to leave Eritrean families with as many orphans and widows.

***
Yonas Araya
In Solidarity With the People of Tigray !!!!