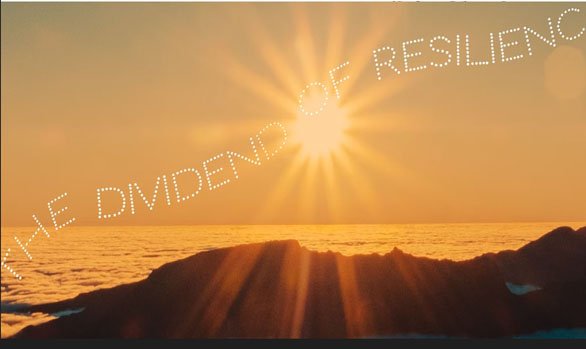 The Dividend of Resilience By Yonas Araya

The Dividend of Resilience

It appears the Biden administration and the EU have resolved to make the people of Eritrea and Tigray become sacrificial lambs to achieve their goals of saving the terrorist Ethiopian ruler and, by extension, that of Eritrea. There is no reason for anyone not to believe that while giving lip service to the Tigrayans, the EU and Biden Administration are also giving implicit or explicit directions to Turkey and the UAE to help them prop up the Ethiopian ruler

The US and EU’s hope to reconstitute the Ethiopian ruler is futile. The man is a hardened war criminal who has no sympathy for the lives of any Ethiopian, not only for Tigrayans. He will never change; instead, he will continue covering up his crimes with more heinous ones, like he has been doing for the past four years.

Again, the US and EU’s hope to salvage the unsalvageable man to escape responsibility and their wishy-washy approach to the conflict can only hasten the unraveling of Ethiopia and, ultimately, make them accountable for it.

The best scenario for any hope for Ethiopia is another Oromo politician to replace the Man-child, someone who is not beholden to the Eritrean ruler and Amhara political activists like Daniel Kibret. Again, someone who can accommodate the Tigrayans, OLA, and other marginalized Ethiopians to bring lasting peace.

The Ethiopian ruler will not negotiate peace unless defeated militarily. However, Turkey and the UAE’s free supply of armaments is giving him false hope and belief that he can intimidate the Tigrayans into submission with air raids and drones and win the war. And, until someone tells the Ethiopian ruler that no country wins wars with air raids and drones alone, he will continue to believe he can forcibly subjugate the people of Tigray and thus shun any negotiation, causing the lives of poor Ethiopians, Tigrayans, and Eritreans to continue to perish.

Undoubtedly, the EU and the US do not want Ethiopia to unravel for two reasons: Firstly, for the Big Powers, it’s better to wield influence and deal with one nation than with many smaller pieces of Ethiopia. Secondly and most importantly, they do not want millions of refugees from Ethiopia at their doorsteps if it disintegrates.

On the other hand, the regional powers see the benefit in a sliced-up Ethiopia.

First, no matter how important or wealthy they think of themselves, as long as Ethiopia remains intact, they know they can only play second fiddle to the Big Powers.

Second, they will have no problem shooing away or shipping refugees back to their homes or passing them over to other nations; they have done that many times.

Third, and most importantly, each one of them will have the chance to claim one or more slices from a sliced-up Ethiopia using the impetus of religions or other persuasions.

For example, Erdogan’s long-held dream of reviving the Ottoman Empire and extending it to east Africa can only happen when Ethiopia disintegrates or becomes out of total control of the Big Powers. Both Iran and the UAE have similar imperialistic ambitions. These three nations could also be anxiously eying the substantial energy deposit in the Somali region of Ethiopia to grab and hold it upon the collapse of Ethiopia.

The only exception is Egypt; although upon Ethiopia’s disintegration, it will easily claim the Benishangul-Gumuz region to establish a military base there, it has chosen to remain on the sidelines. Nothing new here. Egypt is arguably the most opportunistic nation in the history of all countries; it always wants something for nothing. In this case, it sees the war and the involvement of Turkey, UAE, Iran, Eritrea, and others will also serve its purpose without her having lifted a finger. Unless this time around, Egypt has also secretly outsourced the job to the UAE.

However, the Eritrean ruler’s only objective is to stay in power until he dies. To that end, he will sign any deal, lie, do or say anything, intimidate or blame anyone, use any force, and spare no expense or lives. He doesn’t care what will happen to Eritrea, Ethiopia, or even his wife and children after his demise. But two scenarios always terrify him immensely: getting handcuffed and receiving his comeuppance or being killed like a dog, like his bosom buddy Muammar Gaddafi.

Be that as it may, the cruel intention of the Biden Administration and EU to escape the blame of the impending unraveling of Ethiopia by passing the buck to AU’s Obasanjo and glossing over crimes against the people of Tigray will hasten the inevitable.

Mr. Obasanjo is not only corrupt and dishonest, but he is also a lowlife. He is happy with how things are going for him, enjoying the prestige of meetings with prestigious people and the fully-paid travel and lodging. Besides that, both Mr. Obasanjo and Mr. Moussa Faki will want the conflict to drag on and on to wring out more payolas off the terrorist regime in Addis Ababa. Their persistent insertion as would-be mediators, when one of the parties does not trust them, tells you everything you need to know about them. They are only after own interests.

The Europeans and Americans undoubtedly know the truth about these two guys. Still, they won’t say anything, fearing they will be labeled racists, but also because they want to scapegoat them when Ethiopia unravels. As for me, I will trust the Nigerian Prince to wire me one million dollars to my bank account in the US before I trust the two guys to broker peace in good faith.

But one cannot blame Mr. Obasanjo and Mr. Faki; they are admirers of tyrants and are proud of what they are. The problem is with the EU and Biden Administration’s intention to dodge responsibility by passing the buck to them, despite fully knowing they are corrupt.

Here are the inconvenient facts: The peoples of Eritrea and Tigray are threatened with extinction by the Eritrean ruler and his protégé in Addis. The solution has been clear and straightforward for years – eliminating the Eritrean ruler will save the peoples of Eritrea and Tigray from extinction and spare the lives of poor Ethiopian soldiers. Still, also it may halt, if only temporarily, the impending demise of Ethiopia.

If for no other reason than to save his skin, in this war, the Eritrean ruler has already decided to sacrifice the lives of as many as 200,000 conscripts, a staggering figure for a country of only 3.5 million inhabitants. At this very moment, he is herding thousands of conscripts into the war front, from very young boys and girls to the elderly. Only a quick victory by the TDF over the Eritrean ruler may spare their lives.

The people of Tigray are doing their best dealing with two unbearable choices: face an actual extinction of the face of this earth, or fight till the last bullet and last drop of blood. No people on this planet should face these choices in this day of age, no matter their race. The Biden Administration and the EU have obligations to save the people of Tigray from dealing with either option.

In 1994 when hundreds of thousands lost their lives in the genocide in Rwanda, another Democrat president refused to lift a finger. Not only that, he made a great effort in his power and succeeded in hiding the news from reaching the American public. Nonetheless, African Americans did not admonish him but gave him a pass because, as with everything else, all politics is local, so they did not want to besmirch his name. Had Clinton been a member of another party, African Americans would have been screaming bloody murder for the past twenty-eight years.

President Biden undoubtedly knows he will get a pass from African Americans. But unlike in 1994, in the Internet age, he has no power to stop the news from coming out, hence his Administration’s non-stop issuing of empty warnings and toothless sanctions. How many times have the US and Europeans given the people of Tigray false hope with their halfhearted request for the Eritrean ruler to withdraw from Tigray?

Maybe President Biden won’t pay a political price for devaluing the lives of the people of Tigray, but should that be the only thing for a leader of a free world to worry about?

The Tigrayans are not asking for anything fancy:

I don’t believe even the thankless Man-child, whom the Tigrayans elevated from zero to “hero,” understands them. He lived among them and learned their language but failed to grasp their fierce desire to live as free people.

The cold hard fact is that the Tigrayans kept Ethiopia free for generations. At the end of the 19th century, Tigrayans paid unimaginable human and material tolls, fending off and defeating nations that attempted to conquer it, the Turks, Egyptians, Sudanese, and finally the Italians at the battle of Adwa, and many other battles before that.

I also want to send these warnings, especially to the UAE, Turkey, and Ethiopian activists who, from their safe places, are cheering on the death of Tigrayan civilians by drones and air raids. For every father, mother, son, daughter, brother, sister, and child killed, ten thousand Tigrayans children will be born that will never forget.

The war did not start on November 4th, 2020, as the Ethiopian ruler has been lying to Ethiopians and the world. The Eritrean ruler set the wheels in motion in the summer of 2018 when he made his true intentions known, interfered in Ethiopian internal affairs, and declared Game Over for the democratically elected government of Tigray. Had it not been for the Eritrean ruler’s trickery, assuring a quick victory to the Ethiopian ruler, the Ethiopian ruler and his accomplices would not have dared invade Tigray, and Tigray and Ethiopia would have been at peace now.

Long before the war started, as the two rulers were gearing up for the war, the Eritrean ruler and his generals visited, several times, many military bases and installations in Ethiopia, including the Head Quarter of the Ethiopian Air Force in Bishoftu. Likewise, the Ethiopian ruler visited the Eritrean ruler’s brainchild, the Sawa military training center, the infamous indoctrination and brainwashing center of impressionable young Eritreans.

In fact, by the time the ever-attention-seeking Norwegian Nobel Committee, the Norwegian politicians, awarded the Nobel Prize to the Ethiopian ruler in 2019, the Eritrean ruler had already sealed off the border and erected an iron curtain between Ethiopia and Eritrea, and both rulers alienated Tigray from Eritrea and the rest of Ethiopia. During the same time, the Ethiopian ruler had become a full-fledged tyrant, overstepping his constitutional authority and overthrowing at least three democratically elected regional presidents, and installing puppet presidents in their places.

However, while hurriedly awarding the Prize to the terrorist Ethiopian ruler without thoroughly vetting him first, the Norwegian politicians, as if to approve his actions, are responding with deafening silence after the whole world has recognized the Prize winner for the monster that he is.

In Solidarity With the People of Tigray !!!!